Put-in-Bay is a village located on South Bass Island in Put-in-Bay Township, Ottawa County, Ohio, United States. The population was 138 at the 2010 census. The bay played a significant role in the War of 1812 as the location of the squadron of U.S. naval commander Oliver Hazard Perry, who sailed from the port on September 10, 1813 to engage a British squadron just north of the island in the Battle of Lake Erie. The village is a popular summer resort and recreational destination. Ferry and airline services connect the community with Catawba Island, Kelleys Island, Port Clinton, and Sandusky, Ohio.

The name "Put-in-Bay" originally only referred to the bay itself. In the latter-1700s, the schooners sailing on Lake Erie, would "put in" to this bay, to wait out bad weather on Lake Erie. (Many of the unfamiliar sailors used the slang phonetic term, puddin' (or pudding) bay, resulting in later local-historians' attempt to attribute various explanations for the term "pudding bay", which, in reality, had no meaning, but was simply a slang phonetic variant of "Put-in-Bay".)

There were 70 households of which 17.1% had children under the age of 18 living with them, 52.9% were married couples living together, 4.3% had a female householder with no husband present, 4.3% had a male householder with no wife present, and 38.6% were non-families. 32.9% of all households were made up of individuals and 10% had someone living alone who was 65 years of age or older. The average household size was 1.94 and the average family size was 2.44.

The village is home to Put-in-Bay High School. Aside from South Bass Island, Put-In-Bay Local School District covers the Lake Erie Islands of Buckeye Island, Gibraltar Island, Green Island, Mouse Island, Rattlesnake Island, and Starve Island, even though most of these islands are uninhabited.

For most of its history, the island's primary industry has been tourism and continues to be today. The tourist season runs roughly between April and October. The most common methods of transportation to and from the island are via ferry boat, propeller-driven aircraft and private boat.

One of the world's largest hotels, the Hotel Victory, opened its 625 rooms to the public in 1892. The four-story hotel featured a one-thousand-seat dining room. However on August 14, 1919, the giant hotel burned to the ground. Today only parts of the foundations can be seen at the state campground.

Put-in-Bay is the site of Perry's Victory and International Peace Memorial commemorating Commodore Oliver Hazard Perry's September 10, 1813 naval victory over British ships in the War of 1812. Construction of the monument began in 1912 and it opened to the public on June 13, 1915. It is 352 feet (107 m) tall and made up of 78 layers of pink granite, topped with an eleven ton (10 metric ton) bronze urn. Its height makes it the highest open-air observatory operated by the U.S. National Park Service. The remains of six naval officers, three British and three Americans, were interred beneath the floor of the monument's rotunda.

Put-in-Bay has one grocery store, one hardware store, one school - which houses the one lending library branch - one gas station, a post office, one bank and two cemeteries. It has one seasonal franchise restaurant, Subway. There is no cinema. The island does not have a hospital, but does have an Emergency Medical Service that can use a Life Flight helicopter to transport critically ill patients to mainland medical facilities.

The Boy Scouts of America hold an annual camporee at the base of Perry's Monument. 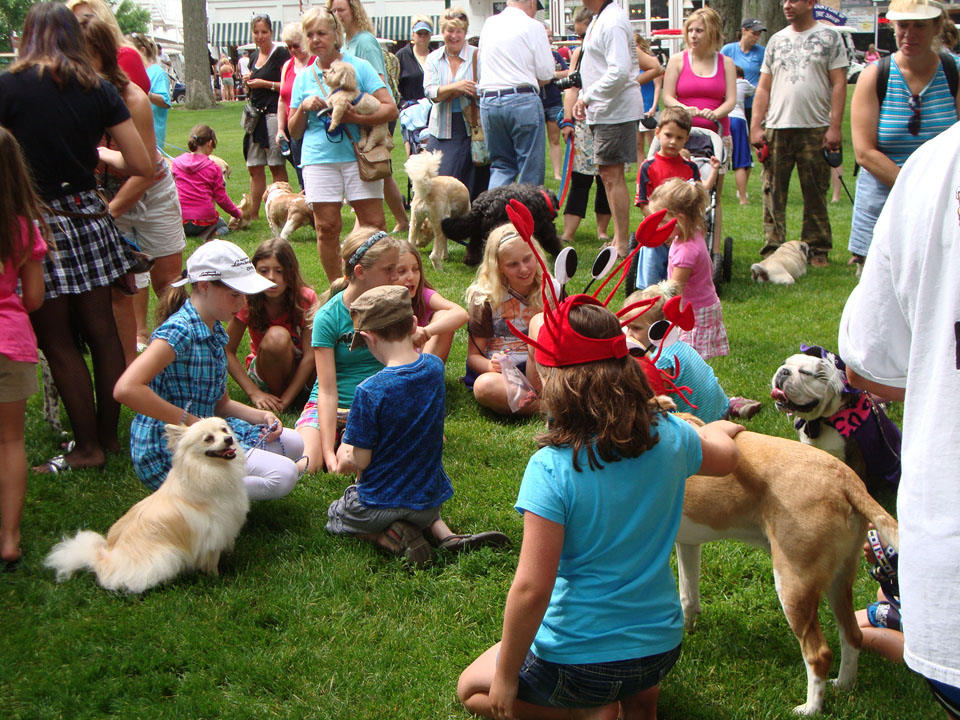